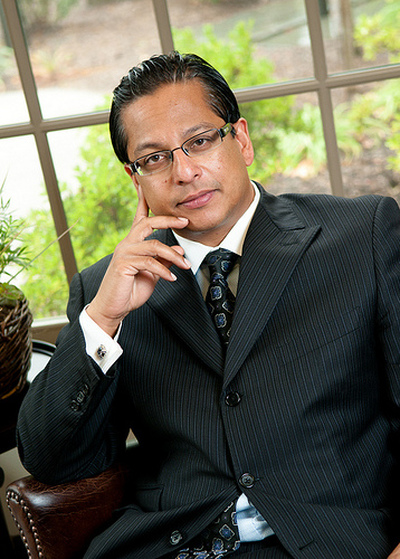 Ty Hyderally
Ty Hyderally, Esq, is the president of the employment law offices of Hyderally & Associates, PC, one of New Jersey's most renowned law firms whose specialty lies in all aspects of employment law. He has spent the better part of his legal career as an employment attorney who works to protect and advocate for workplace rights. He is a graduate of the University of California, Berkeley's highly esteemed Boalt Hall School of Law. He has noted by colleagues as a New Jersey 'Super Lawyer,' a recognition given to few attorneys, as this accolade is endowed only after a strict selection process. Included in Ty Hyderally's many accomplishments is arguing before the United States Supreme Court, the Court of Appeals for the Armed Forces, and the New Jersey State Court. He litigates feverishly for workplace rights in all areas of employment law, including sexual harassment, discrimination, breach of contract, whistleblower and retaliation, wage, restrictive covenants/non-compete agreements, family medical leave, and others. He is a longtime member of the employment section of the New Jersey Bar Association and the labor and employment section of the American Bar Association.

Ty Hyderally was born in Sri Lanka and emigrated early in his life to London before relocating with his family to the United States, where he attended Horace Mann High School in New York. Upon graduation, he pursued the first of his degrees, a Bachelor of Arts in Sociology, at the prominent institution Johns Hopkins University in Baltimore. Having graduated with Departmental Honors, he then went on to earn his Juris Doctor from Boalt Hall School of Law at UC Berkeley after which he joined the US Navy, working as a criminal trial lawyer in the Judge Advocate General's Office. It was then that Atty. Hyderally decided to return to New Jersey to continue building his esteemed legal career, at which time he joined the firm of Friedman & Siegelbaum, LLP in Roseland as a tough-as-nails defense attorney. He then made a career move to the highly regarded firm of Jackson, Lewis, Shnitzler, & Krupman in Morristown, where he began focusing on practicing employment law. Following his success at Jackson, Lewis and further success as Head of Employment Department at another of the area's most renowned firms, Davis, Saperstein & Salomon, PC, Atty. Hyderally chose to break out on his own as the founder of one of New Jersey's most valued law firms, Hyderally & Associates, PC.

Today, he is known as one of the East Coast's most prominent defenders of workplace rights. His outstanding work in this ever-expanding and important field of law has garnered him a position of respect with both colleagues and clients. Currently, Atty. Hyderally is the president of the National Employment Lawyer's Association of New Jersey, which is a highly regarded professional organization that labors to protect working individuals' opportunities and rights through advocacy, litigation, and education. Also among his notable associations is his nomination of Co-Chair of the Trial Litigation Subcommittee of the American Bar Association's Labor and Employment Litigation section, as well as his acknowledgement as a Top Ten Leader of Employment Law in Northern New Jersey. Additionally, his observance in 2006 as a New Jersey 'Super Lawyer' proved his high level of professional achievement as well as peer recognition.

Ty Hyderally has also carved out a distinguished career as a legal opinion writer. He has published numerous articles concerning nearly all areas of employment law as well as opinions regarding both sexual harassment and whistleblower laws before the New Jersey Supreme Court. He has drafted a number of manuals on various employment and employment law issues, and he has conducted numerous company training seminars. In his role as one of New Jersey's top employment attorneys, he has argued many cases before the New Jersey State Courts, the United States Supreme Court, and the US Court of Federal Claims. He is a frequent guest at various events sponsored by the American Bar Association, the Association of Trial Lawyers of America-NJ, and the Institute for Continuing Legal Education. In addition, Atty. Hyderally has often been asked to guest as a speaker for numerous other distinguished associations and academic organizations, including the Colorado Bar Association and Tulane Law School. In his role as a legal expert, he continually advises on all sections of employment law issues as well as in auditing various companies' employment practices to ensure workplace rights are being advocated for properly and fully.

As he has grown his career and his valued legal practice of Hyderally & Associates, PC, he has also accomplished much in the way of professional esteem and associations. He has been elected to the Executive Board of the National Employment Law Association (New Jersey) and serves as the Chairperson of the New Jersey Employment Law Seminar. These roles afford him the chance to share his expertise with fellow attorneys and human resource professionals who seek to learn and become more knowledgeable in the areas of employment law, workplace rights, the Family Medical Leave Act, the Americans with Disabilities Act, whistleblower laws, sexual harassment laws, and all other aspects of this important segment of the legal field. Atty. Tayeb Hyderally's many contributions to the broadening field of employment law continue to prove his lifelong dedication to the rights of employees and employers of New Jersey and surrounding areas.