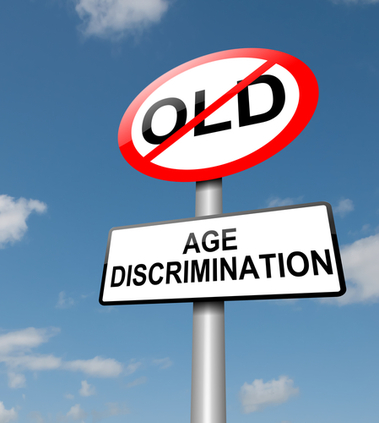 Enacted just four years after the Equal Pay Act of 1963 (EPA), ADEA was signed into law by then President Lyndon Johnson (who also passed the Civil Rights Act of 1964). ADEA is enforced by the Equal Employment Opportunity Commission (EEOC), a federal law enforcement agency established to enforce workplace discrimination and employment laws. Under ADEA, it is illegal in the workplace to discriminate against any American who has reached 40 years of age. This employment law specifically prohibits the following: discrimination in hiring, promotions, wages, or termination of employment and layoffs; statements or specifications in job advertisements of age preference or limitations; and denial of benefits to older employees. It is not illegal for employers to reduce benefits based on age if the costs of providing those reduced benefits to older employees are the same as the costs of providing full benefits to younger employees. In 1986, an additional prohibition against mandatory retirement was included for most sectors. In addition, in 1993, phased elimination of mandatory retirement of employees who are tenured, such as college professors was included. (Mandatory retirement is, however, permitted for executives over the age of 65 in high policy-making positions when they are entitled to receive pensions over a minimum annual amount.)

Some exceptions exist to ADEA. For instance, in situations in which age is a 'bonafide occupational qualification', or BFOQ. (BFOQ refers to an employment qualification that employers are permitted to consider while making decisions about hiring, firing, promotions, etc.). This exception states that employers may discriminate if it is 'reasonably necessary in order to perform normal operations of business.' It must be reasonably necessary for a prospective employee to be under a certain age in order to perform the job for which they are applying. Contrary to a popular misconception, ADEA also does not specifically prohibit employers from asking prospective employees their date of birth or their age. However, these requests are very closely scrutinized by the EEOC to ensure questions are not asked for reasons that are discriminatory. Employers may favor older workers based on age even if by doing so younger workers, those under 40 years of age, are adversely affected. In addition, the law only applies to employers with 20 or more employees. This includes local, federal, and state governments. It also applies to employment agencies as well as labor organizations.

As Congress recognized that costs associated with providing some forms of benefits to older employees are greater than when providing benefits to younger workers, making hiring older workers less attractive, an amendment to ADEA was later added. The Older Workers Benefit Protection Act of 1990 (OWBPA) amendment specifically prohibits employers from denying older employees such benefits. As stated above, in some circumstances, however, employers may be permitted to reduce those benefits to their older workers, providing the cost or providing the reduced benefits to older workers is the same as benefits provided to the younger employees. This law permits employers to discriminate on the basis of a protected trait where the trait is a BFOQ. Again, it must be reasonably necessary for the normal operation of the business. In order to prove this, the employer must prove the following three-faceted test:  (1) a direct relationship between the protected trait and the ability to perform the duties of the job, (2) the BFOQ relates to the 'essence' or central mission of the business, and (3) no less-restrictive or reasonable alternative exists.

Case law has had a big impact on age discrimination in the workplace. In 1985, the Supreme Court disagreed with Western Airlines in the landmark case Western Airlines v. Criswell when Western Airlines stated its policy forcing retirement at 60 years of age was necessary to ensure the safety of their passengers. In this case, the Supreme Court instituted the following two-faceted test when evaluating qualifications based on safety:  (1) The age limit must be reasonably necessary to ensure public safety, and (2) The employer must be able to justify applying an age limit to every employee, rather than considering each person on an individual basis.