Age Discrimination in the Workplace 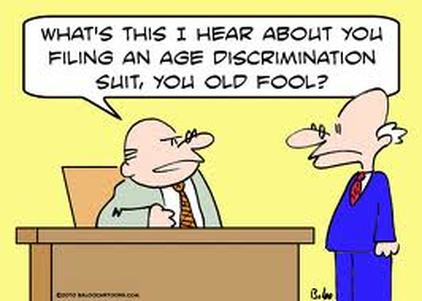 Age Discrimination
Employment law is a vast subject in which Ty Hyderally has become an expert. His firm with offices in New York and New Jersey, works with clients to protect their rights in the workplace. Age discrimination is only one facet of employment law with which his firm is well acquainted.

There has been a sharp rise in legislative and judicial developments concerning age discrimination in the workplace. One statistic that was instrumental in necessitating these changes is the number of workers who were over 40 years of age rose from less than 40 million to more than 50 million. This increase occurred between 1970 and 1991.

The Age Discrimination in Employment Act of 1967 made it illegal for employers to discriminate agains workers or applicants who were over 40 years old. In 1974, 1978 and 1986 amendments to the act first raised, and eventually eliminated a mandatory retirement for workers. There are instances where an employer can set a maximum age limit for their employees if they can prove that it is indeed a necessary qualification for the specific occupation.

The Equal Employment Opportunity Commission is in charge of enforcing ADEA. Before a lawsuit can occur a complaint must first be filed as a claim with the EEOC, the Human Rights commission or the specific state’s employment. The EEOC will try to resolve the dispute without legal action, if the employer refuses to comply, then the EEOC may then bring legal action against the employer.

Western Air Lines v Criswell was a case involving the age of forced retirement for employees over 60. They defended this mandatory retirement was necessary to ensure safety of their passengers. However, the courts did not agree. The Supreme Court instituted a two faceted test to apply when evaluating qualifications based on safety. The age limit must be reasonably necessary to ensure public safety; and the employer must be able to justify applying an age limit to every employee rather than considering each person on an individual basis.

The Supreme Court also found TWA guilty of practicing age discrimination. The company refused to transfer pilots to flight engineer after they reached 60 years of age, which was their age of mandatory retirement. However, they allowed younger pilots who became disabled to automatically transfer to the position, not allowing those over 60 to transfer as well. The Court stated that the company must make the same opportunity available to its older employees.