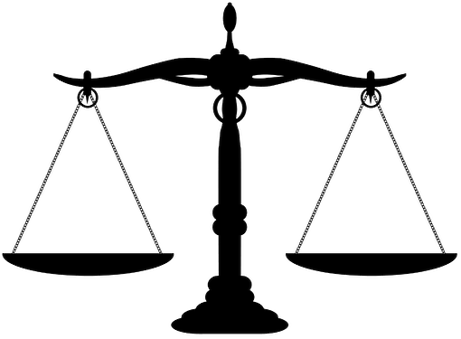 The Civil Rights Act of 1991 was passed, in part, as a response to a Supreme Court ruling in 1989 in the landmark sex discrimination case Price Waterhouse v. Hopkins. The Supreme Court ruled that, even if a plaintiff could demonstrate their employer was motivated by discrimination, the employer could still escape liability if they could prove they would have taken the same action based on lawful motives. The Supreme Court's decision actually weakened or reduced an employer's burden of proof in such discrimination cases. Whereas the law previously called for 'clear and convincing evidence,' the new standard of proof was now a 'preponderance of the evidence,' substantially lower. The case was seen as making it more difficult for employees to challenge discriminatory practices by employers. This decision was part of a series handed down by the Supreme Court, all seen as eroding certain parts of employment laws that protected employees' rights to sue their employers for discrimination. These Supreme Court opinions were also seen as changing the essence of discrimination and employment laws, calling into question existing precedent, as well as weakening some provisions.

The Civil Rights Act of 1991 also provided the right to trial by jury on claims of discrimination. The law amended a few of the statues that had been enforced by the Equal Employment Opportunity Commission (EEOC). Before the 1991 Act was passed, jury trials were only provided for in cases that were brought under the Age Discrimination in Employment Act (ADEA) or the Equal Pay Act (EPA). Under the 1991 Act, plaintiffs could now recover punitive damages in cases involving intentional discrimination. The caps placed on the amount of damages were based on the size of the employer involved in the lawsuit, with the maximum award of punitive and compensatory damages combined not exceeding $300,000 for employers with more than 500 employees. In addition, it provided for the ability to award damages due to emotional distress in cases of intentional discrimination, while limiting the amounts of damages juries could award in such cases. It also provided workplace discrimination protection to employees of some higher level political appointees, and it included those employees who work for and in Congress. In addition, it extended protections to Americans working abroad, as well as American-controlled employers working abroad.

Besides providing for damages and the right to trial by jury, the reasons for the passage of the Civil Rights Act of 1991 included further clarification of employment law provisions regarding 'disparate impact' actions. This meant that employment practices may be considered discriminatory and illegal if they have a disproportionate adverse impact on employees who are covered under protected character traits (such as race, color, creed, and others provided for in the Civil Rights Act of 1964), without the necessity of showing intentional discrimination. In addition, the law was passed to provide further protections against illegal discrimination, as well as to deter intentional workplace harassment and discrimination.

The Civil Rights Act of 1991, though well intentioned, actually contained ambiguities and contradictions. Many proponents of the law who previously had been hopeful that its enactment would strengthen the Civil Rights Act of 1964 and its employment laws. However, these proponents have since seen the law as somewhat of a failure in its ability to lessen workplace discrimination.

It is important for employees to know their workplace rights. In an effort to educate New Jerseyans, employment lawyers can play a valuable role in counseling employees and employers regarding these rights. One of the most beneficial laws for all New Jerseyans to become acquainted with is the New Jersey Law Against Discrimination (NJLAD). This law prohibits workplace discrimination based on race, creed, color, national origin, ancestry, age, marital status, familial status, sex or sexual orientation, generic information, or service in the armed forces, etc. It also makes it illegal for employers to discriminate in the hiring process on the basis of disability unless a candidate is not able to perform the essential functions of the job. The definition of a handicap or disability under this law is broad and includes mental and physical limitations. An employer's decision to hire, promote, or terminate an employee must be executed according to the provisions of the New Jersey Law Against Discrimination, or legal action can be pursued.