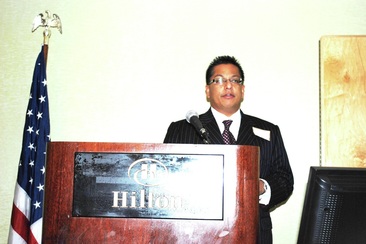 Ty Hyderally Education
Ty Hyderally is an accomplished lawyer who specializes in litigating cases in all areas related to employment law in the state of New Jersey and New York. He is recognized as one of the Top Ten Leaders of Employment Law in Northern New Jersey. In 2006, he was recognized as a New Jersey Super Lawyer. He has litigated nationally on cases related to Breach of Contract, Restrictive Covenants/Non-Compete Agreements, Wage and Hour, Overtime, Discrimination, Retaliation, Family Medical Leave, Sexual Harassment, Whistleblower, etc.  He is the current President of the National Employment Lawyer's Association (New Jersey). The highlight of his career was when he was nominated as Co-Chairperson of the Trial Litigation Sub-committee of the American Bar Association’s Labor and Employment Litigation Section. The said nomination recognizes his contributions in the practice of employment law as the Trial Litigation Sub-committee is considered one of the most significant sub-committees on a national level of the Employment Litigation section of the American Bar Association.

Having such impressive credentials can be greatly attributed to the type of education Mr. Hyderally had. He attended Horace Mann High School in Riverdale, New York before he pursued a BA in Sociology from Johns Hopkins University, Baltimore, MD. Mr. Hyderally then earned his JD from the Boalt Hall School of Law of the University of California, Berkeley.