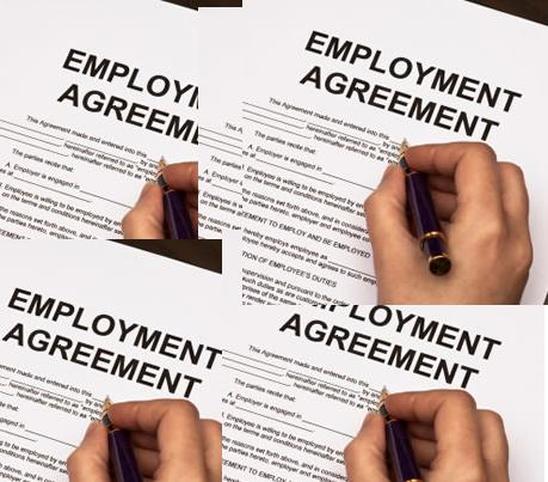 #mployment Law
Ty Hyderally. and his employment law offices of Hyderally & Associates, PC, are dedicated employment attorneys who work to promote and preserve the delicate employer/employee relationship. The members of the New Jersey and New York workforce are the most powerful part of the area's industry and economy, and protecting the rights and responsibilities of employees and employers alike is vital in order to keep these areas running smoothly. That's why Atty. Hyderally and his colleagues at Hyderally & Associates employment law offices have spent the past 10+ years working tirelessly in the specialized field of employment laws.

Employment protection laws (also known as labor laws or labor protection laws) are encompassed as the body of laws and rulings that govern the rights, responsibilities, and restrictions of employers and employees. It also applies to the businesses these individuals belong to during the course of their employ. Employment protection laws are a collection of rules and regulations that have been established in order to protect employers, employees, and the employer/employee relationship, as well as to uphold the rights of all individuals involved. Employment laws oversee and govern such areas as contracts between employers and employees, as well as regulation issues concerning employees' rights to organize and negotiate collective-bargaining agreements. This body of laws also concerns the application of tort and contract doctrines. The protections included in employment laws include all manner of workplace concerns, including but not limited to such issues as discrimination in the workplace and in the hiring process, wrongful terminations, worker's compensation and all aspects related to it, the Family Medical Leave Act, disability issues, wages and wage discrimination, sexual harassment, occupational safety, and more.

Employment laws and the Industrial Age

Before the Industrial Revolution, there was little in the way of protection for employees, and employers sometimes took advantage of individuals who needed to work to care for their families. As industry boomed in the late 1800s and early 1900s, so too did factories grow and thrive. Unfortunately, however, employers began to take even greater advantage of their employees, often forcing them to work long hours with few breaks and little relief. And, as factory work can pose myriad dangerous conditions, many workers fell to injury and even death because occupational hazards went unchecked by business owners. These unreasonable and often extremely unsafe working conditions forced the inception of employee unions that demanded better working conditions, better pay, shorter hours, and more workplace safeguards. So, too, did government respond to such hazardous and unacceptable working conditions, in the form of expanded employment laws and better-defined protections for employees. Today, employees in New Jersey, New York, and throughout the country enjoy more protections in such areas as better occupational safety, shorter and more reasonable work hours, and the ability for individuals to file claims against employers who commit infractions against their employees.

Some of today's most important workplace protections

Two of the most significant changes that have been made in the way of employment laws include the  protection of employees against sexual harassment  and the prohibition of employers to discriminate against individuals for government-protected characteristics. It is important to note that such protections apply not only to current employees, but also to prospective employees during such hiring practices as interviews and allowable interview questions.

Sexual harassment isn't a joke. There was a time in our country when sexual harassment and unwanted sexual advances were regularly made light of on television and in movies, but today unwelcomed sexual behavior, especially when it's of an excessive nature, is not only frowned upon; it's illegal. Sexually harassing an employee, whether it comes from a manager, a business's owner, or even a co-worker, is an illegal act that is prohibited in labor laws. Such behaviors are deemed as contributing to a hostile work environment, often leaving employees feeling uncomfortable and even threatened. Additionally, such behaviors, if they come from a superior, can cause businesses serious liabilities. Today's employment laws include the ability for individuals to file claims in government agencies against those who commit such infractions.

It is important for all businesses in the area to understand that employment protection laws pertain to both employers and their subcontractors. In fact, anyone who has subordinates working for them in any capacity is subject to discrimination laws. Today, employment laws list government-protected statuses that make it illegal to discriminate against any individual based on these characteristics. Such protected traits include race, color, creed, age, marital status, national origin, religion, disability, gender, sexual orientation, and military status. Additionally, such employment protections include the fact that both employers as well as their designated agents are prohibited from discriminating with regard to wages, promotions, and workplace conditions.

Every employer, employee, and job applicant in the area needs to be reasonably aware of their rights as well as their responsibilities under the law. If you're an employee or job applicant who suspects you've been the victim of a workplace infraction, or if you're an employer who seeks to learn more about your rights and responsibilities under employment laws, contact an employment lawyer for more information on protections afforded you in today's ever-expanding body of employment laws.