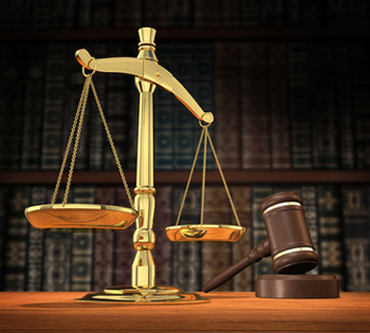 Employment Laws
Employment law offices throughout the United States work as advocates for employment protection laws (also referred to as labor laws), as these are fast becoming one of the most important segments of the legal field. When from the Industrial Age through World War II the labor force in the United States began developing into a more diverse representation of the U.S. population, there came a bigger need for stronger and more defined protections concerning the employer/employee relationship. Questions about such things as workers' rights, fair wages, and workplace safety were brought to the forefront of the minds of employers and employees alike, and it became necessary for these concepts and others to be more clearly delineated and expanded upon in the law. In response to the changes in the U.S. workforce, it became clear that the protections that were in place to that point in these laws were not sufficient to properly safeguard the employer/employee relationship, especially when it came to employee safety and hours worked. The field of employment law grew, and today it's more important than ever for employees and employers to better understand workplace rights.

Labor laws oversee the rights of U.S. employees throughout their employ with companies operated by U.S. business owners. These laws include such concepts as employees' rights to organize, contracts, employees' rights to collective bargaining, worker's compensation, disability, sexual harassment, occupational safety, and wrongful termination, to name just a few. The body of laws governing the labor force in the United States largely came about due to employers taking advantage of employees and sometimes even causing significant harm, especially during and following the years of the Industrial Revolution.


Why employment protection laws are stronger than ever

As the Industrial Age was launched and grew, there were many more jobs for Americans, especially in the field of factory work. These new jobs often came with more hazards, and unfortunately, many factory owners overlooked or even withheld vital information of the dangers involved in such jobs. Perhaps the most notorious of all legal cases regarding occupational safety is that of the Radium Girls, employees of the U.S. Radium Corporation in Illinois. These young women were employed by the factory to paint the hands and dials of clocks and watches with radium in order to make them glow in the dark. Managers at U.S. Radium told them to lick paintbrushes that were coated with radium before painting the clocks in order to create finer brush points. Radium is a radioactive substance that was used to produce military equipment including glow in the dark watches, and as radium is a highly toxic substance, most of the Radium Girls were later diagnosed with cancer and other serious diseases. Some of these women had to have limbs amputated and some were even reported as having their spines collapse from honeycombed bones. It was even reported that one of these young women had her entire jaw accidentally pulled out when a dentist tried to pull a tooth, and many of the women died as a result of their employment at U.S. Radium. These horrific incidents caused a lawsuit to be brought against the factory. During discovery, it was learned that the owners of U.S. Radium Corporation actually knew of radium's toxicity, but told the girls to lick their paintbrushes anyway. Many of today's U.S. occupational safety and hazard laws owe their beginnings to the brave Radium Girls.

Thankfully, today's New Jersey labor force is protected by stronger and more defined employment laws. OSHA, the United States Occupational Safety and Health Administration, was established by Congress as the agency that would oversee the Occupational Safety and Health Act signed into law by President Richard Nixon in 1970 in order to better safeguard working conditions. This and other laws were enacted largely as a result of the hazards faced by factory workers during the Industrial Revolution. But safety isn't the only focus of today's employment protection laws. The labor laws of today in New Jersey and throughout the country encompass just about every area involved in the U.S. workplace, including salaries and wages, hours worked, mandatory overtime, child labor laws, contract disputes, time and mode of payment, wage discrimination, minimum wage, sexual harassment, and many others. Employers are required to adhere to all of the laws that pertain to their situation in the workplace. For instance, employers must pay full wages agreed upon in advance that are due to all employees, and employees are able to bring disputes when wages are unpaid. Additionally, employers are required to comply with New Jersey minimum wage laws covering all employees with the exception of minors and sales consultants, and employees such as restaurant servers have separate minimum wage laws with which their employers must comply. These and other laws have been established and are enacted to better secure today's relationship between U.S. employers and their employees.

As the employer/employee relationship becomes more intricate and complicated, it is incumbent upon all New Jerseyans who are members of the U.S. workforce to learn as much as possible about their workplace rights. Employment law offices such as Hyderally & Associates, PC are a wealth of information for employee who suspect their workplace rights have been violated, as well as for employers who wish to better delineate their rights and responsibilities.