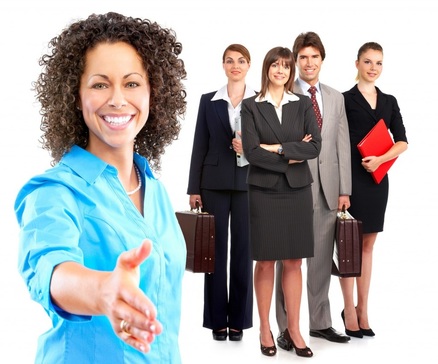 Job Seekers
Tayeb Hyderally is one of New Jersey and New York's most prominent employment attorneys. He is also the president of the employment offices of Hyderally & Associates, PC, which serves the residents of New Jersey and New York. His most specialized area of legal focus for years has been employment law, which has afforded him and his colleagues unmatched experience and expertise regarding the intricacies of employment laws as they pertain not just to current employers and employees, but also to potential employees. As the economies of these areas grow stronger, more of today's unemployed New Jerseyans and New Yorkers are happily heading back to work. And, as job seekers, they too fall under the protections of many of the employment protection laws of these states. Here, Atty. Hyderally discusses some of the broader aspects of employment laws for job seekers in the area and how these rights and responsibilities apply to the process of the job search.

An important protection of today's employment laws afforded job seekers during the hiring process to discuss is the protection against bias based on a disability that does not interfere with essential job functions. NJLAD prohibits prospective employers to deny employment to an individual who has a disability unless it is reasonably determined that the extent and nature of such a disability precludes the safe performance of a particular job or job function. The hindrance of such job performance, however, sometimes is not enough to prove discrimination has not occurred, as the gauge can be reasonable preclusion of job functions. In fact, the law has decided that, before an employer decides that such disability precludes the performance of a job function, that employer must first consider the possibility of making reasonable accommodations to an individual with a disability in order to adjust the workplace to enable him or her to perform the essential functions of the job for which they are applying. If you suspect that you may have been discriminated against for any of the above reasons, contact an employment attorney to discuss your situation and possibly to schedule a consultation. Discriminatory practices based on protected characteristics during the hiring process are illegal, and employers need to be held accountable.

It's important for all job seekers to understand some of the broader aspects of employment laws as they pertain to the job search in their area. Discrimination does not occur just in the workplace. It also occurs during the hiring process. Understanding some of your rights as a job applicant and as a prospective employee is important, especially as such understanding affords you the ability to distinguish between practices that are, indeed, discriminatory and situations that, though they may be annoying, are not considered discrimination under the law. By the same token, it is also important for employers to understand the laws that pertain to discriminatory practices during the hiring process, as it allows them to standardize their interview questions and hiring processes in order to avoid all instances of discrimination. Employers who discriminate based on any of the statute's protected statuses can be held liable, both monetarily and through loss of business and reputation, as these are considered serious infractions.