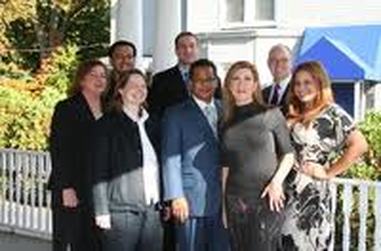 Employment Law in NYC
Ty Hyderally, Esq., is a respected employment lawyer and president of Hyderally & Associates, PC. His employment law offices serve residents of both New Jersey and New York. Here, Atty. Hyderally discusses some of the labor laws that govern employers, employees, and those seeking employment in New York.

New York employment laws encompass all manner of protections of the employer/employee relationship. As the health of this relationship is vital to New York's economy, the body of laws governing the workplace is among the most important of all segments of the law, especially because it concerns the occurrences of the biggest chunk of the population and how they spend a large segment of their time, that is, in their occupations. New York employment laws are the rulings and precedents that govern the rights, responsibilities, and restrictions on the labor force of the state. These laws involve issues regarding such concerns in the workplace as worker's compensation, occupational safety, wage and hour disputes, wrongful terminations, sexual harassment, and the Family Medical Leave Act. This body of laws also includes certain protections for those who seek jobs within the state, especially in terms of questions that can be asked of job applicants. Some of the most important segments of employment laws in New York include protections regarding discrimination, sexual harassment, individuals with disabilities, at-will employment, and drug testing.

Discrimination in the workplace

Employment laws in New York State prohibit employers as well as subcontractors from discriminating against individuals who fall under certain protected statuses. These protected characteristics include discriminating against individuals on the basis of color, race, age, creed, marital status, national origin, religion, gender, disability, sexual orientation, or military status. The law continues by adding that employers as well as their agents cannot discriminate against any of their employees based on any of these characteristics with regard to wages, promotions, and employment conditions. These laws have been expanded upon in recent years, especially due to serious discriminatory practices that were occurring based on race, sexual orientation, and gender.

Sexual harassment in the workplace

Another of today's serious infractions that can occur in the workplace that is considered highly illegal is behavior that is considered sexual harassment. In New York, if an act occurs that can be considered sexual harassment, such as an unwelcomed sexual advance or sexual behavior, employers can be held liable because such behavior is classified as creating a 'hostile' work environment, especially if the behavior is excessively sexual in nature. If an employee feels he or she has been the victim of sexual harassment in the workplace, the protections in place in New York include the ability to file a claim with the New York State Division of Human Rights.


Individuals with disabilities in the workplace

At-will presumption in the workplace

Another of New York's employment laws covers the 'at-will presumption.' This means that workers are hired on an at-will basis. In clear terms, the at-will presumption is an at-will situation for both employer and employee, meaning that employees may quit whenever they like for any reason, and employers may terminate workers' employ whenever they like for any reason that does not include discrimination based on a protected status. This statute does not include employees who are under a specific contract with agreed-upon terms between both parties. In these cases, the employer may only terminate an employee's employ for reasons that are not disclosed in the contract.

Drug testing in the workplace

A subject that has gained more attention in recent years is drug testing. Concerning testing for legal drugs, when employers wish to test employees for drug use, they have the burden of demonstrating that they are testing on a basis that is related directly to the performance of a specific job or job function. Concerning testing for illegal drugs, it has been ruled in New York by the Human Rights Division that such testing is legal at any time or point in the employ of an individual or individuals. Additionally, employees can be terminated for testing positive for illegal drugs, or simply for failing to submit to such testing.

It's important for all members or prospective members of the New York workforce to learn as much as possible about their workplace rights and responsibilities. If you have more questions, or you suspect you've been discriminated against in an illegal manner by an employer or prospective employer, contact an employment lawyer in New York to schedule a consultation.