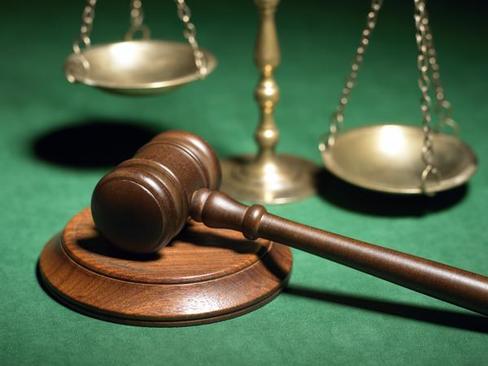 Equal Pay Act
During World War II, in an effort to keep businesses and the U.S. economy running smoothly while men were overseas fighting, American women joined the workforce in greater numbers than ever before; with women going to work in droves to support the war effort back home. In response to this great variation in the American workforce, the National War Labor Board advocated that employers voluntarily make adjustments in order to equalize wages paid to women with the rates paid to men for comparable quality and quantity of work in the same types of jobs. In most cases, however, this did not happen. Employers typically not only did not pay comparable wages, but when the war ended, they pushed the women out of those jobs in favor of bringing the men back into them. For decades after, women around the nation fought for the passage of employment laws that would protect and enforce 'equal pay for equal work.' On June 10, 1963, President John F. Kennedy signed into legislation the Equal Pay Act.

The Fair Labor Standards Act (FLSA) became federal law in 1938. For certain jobs, FLSA established a number of new policies, including a national minimum wage, guaranteed time-and-half for overtime, a maximum 44-hour day in a 7-day work week. However, the law did not abolish wage disparities between men and women in the workplace, and in response to this, the Equal Pay Act of 1963 (EPA) was enacted to amend FLSA. President Kennedy signed this law as part of his 'New Frontier Program,' which was intended to boost U.S. economy. In the law, Congress made the case that sex discrimination caused a number of negative consequences, naming, in part, the following items: depressed wages, depressed living standards, labor disputes which obstruct commerce, burdens on commerce and free flow of goods, and unfair methods of competition.

The Equal Pay Act of 1963 prevents covered employers from discriminating on the basis of sex by paying wages at a rate less for females than the rate for males doing equal work, with the performance of the job requiring equal skill, effort, and responsibility and where these jobs are performed under similar working conditions. The exceptions pertain to situations where such payment is made pursuant to systems based on seniority, merit, measurement of earnings by quantity or quality of production, as well as differential based on any factor other than sex. Immediately after its passage, the law was debated, with opponents saying it did not go far enough.

Remarkably, until EPA was passed, newspapers actually had separate jobs listings for men and women. Jobs were categorized according to gender, with titles such as 'Help Wanted: Male' as headings. Typically, those jobs that paid more and were at a higher level were listed exclusively for men. Oftentimes, identical jobs were listed twice, with one listing going in the 'male' section and one job listed in the 'female' section, with each listing having a different pay scale. Until the passage of EPA, women made, on average, roughly 60 cents for every dollar that males made in the same type of job. The law made it illegal to pay women less for the same type of job. Wages and salaries, however, are not the only types of pay protected under EPA. The law also protects other types of compensation, including bonuses, overtime, stock options, holiday pay, life insurance, profiting sharing, and even reimbursement for such travel expenses as hotel accommodations and gasoline allowances.

Several court cases in the years following EPA's passage emerged as landmarks in strengthening the law, including Schultz v. Wheaton Glass Company in 1970 and Corning Glass Works v. Brennan in 1974. In the first case, the court ruled that the jobs do not have to be identical, but they only have to be 'substantially equal.' For instance, an employer cannot change the job titles for women so that they can pay them less. In the second case, it was decided that employers cannot justify paying women less simply because that is what they typically receive under what was referred to as the 'going market rate.' In other words, the difference in wages could not be paid, it was stated, "simply because men would not work at the low rates paid women."

The concept of 'equal pay for equal work' is still a hotly debated subject even today. In 2009, President Barack Obama signed into law the 'Lily Ledbetter Fair Pay Restoration Act' (named for a former Goodyear employee who alleged she was paid significantly less than her male counterparts). This legislation allows victims of pay disparities due to discrimination to file complaints with the government against their employers within 180 days of their last paycheck (rather than the previously allowed 180 days from the date of their first unfair paycheck). Today, employees have two years from the time of alleged compensation discrimination to file complaints against their employers, which they can file with the courts or the Equal Employment Opportunity Commission. In response to a 2008 Census Bureau Report stating that women's median annual earnings are still at roughly 77 percent of men's earnings, the Paycheck Fairness Act has been proposed but is not yet passed. This law would strengthen and add further protections to the Equal Pay Act of 1963.