Title Vii of the Civil Rights Act of 1964 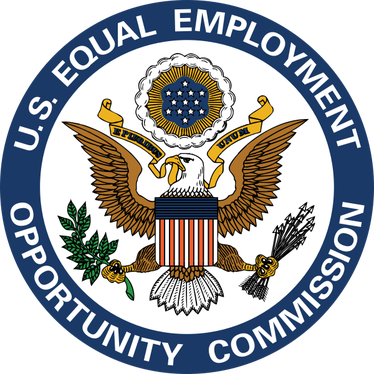 EEOC
Envision a world where you're prohibited from drinking out of a water fountain because the government says you're not the right color. Think of how you would feel if your children were banned from a certain school because of their race. This was the world millions lived in not long ago in the United States. It maybe difficult for northerners to truly visualize what this would be like, but it wasn't that long ago that such a world existed in southern U.S. states, necessitating the enactment of the Civil Rights Act of 1964 and strengthened employment laws.

In the years of 1876 through 1964, U.S. segregation laws, often referred to as 'Jim Crow' laws, were enacted in the U.S. on both state and local levels restricting African Americans in Southern states from using facilities such as restaurants, restrooms, drinking fountains, and even medical care and employment. In 1890, the doctrine of 'separate but equal' became legal, which not only permitted but justified this racial segregation. Due to the often violent and deadly upheaval that ensued as a result of these discriminatory and immoral laws, the Civil Rights Act of 1964 was born. It is a landmark piece of legislation that was signed into law on July 2, 1964 by President Lyndon Johnson. The Civil Rights Act of 1964 outlaws discrimination based on race, color, religion, sex, or national origin. It ended practices that discriminated against individuals in circumstances of voter registration, school segregation, workplace situations, and using facilities serving the general public, or 'public accommodations.' Title VII of this act prohibits such discriminatory practices in the workplace.

Employment law was vital to the Civil Rights Act, as Title VII sought to provide equal opportunity in employment. Title VII guaranteed equality in employment opportunities for all. It also established the Equal Employment Opportunity Commission (EEOC), an independent federal agency that 'promotes equal opportunity in employment through administrative and judicial enforcement of federal civil rights laws and through education and technical assistance.' This part of the Civil Rights Act makes it illegal for employers to discriminate based on race, ethnicity, gender, or religion in their hiring, promoting, and firing practices, among other workplace situations. In years following, these employment laws as well as the role of the EEOC have expanded. Today, according to the U.S. Government Manual of 1998-99, this commission enforces laws that prohibit discrimination based on race, color, religion, sex, national origin, disability, or age in practices of hiring, promoting, firing, setting wages, training, testing, apprenticeship, and all other terms and conditions of employment. In addition, race, color, creed, age, and sex are now protected classes.

A misconception about the law is often that it applies to all employers. The truth is that Title VII, codified as Subchapter VI of Chapter 21 of title 42 of the United States Code, actually prohibits discrimination by 'covered' employers. A 'covered' employer refers to an employer 'who has 15 or more employees for each working day in each of 20 or more calendar weeks in the current or preceding calendar year.' One aspect of this part of employment law that is often overlooked, however, is that it also prohibits discrimination against an individual based on his or her association with another individual or a particular race, religion, sex, color, or national origin. In subsequent years, Title VII has been supplemented by prohibiting discrimination based on pregnancy, age, and disability. In addition, the EEOC ruled in 2012 that workplace discrimination is prohibited on the basis of gender identity or transgender status.

The Civil Rights Act of 1964 and Title VII have come a long way in the past half century in equalizing workplace opportunity. A landmark case that changed employer's rights and responsibilities in the workplace was Western Airlines v. Criswell. In this 1985 ruling, the Court disagreed with Western Airlines' insistence that their policy forcing retirement for employees when they reached 60 years of age was necessary to ensure the safety of their passengers. The Supreme Court, therefore, instituted the following two-faceted test when evaluating qualifications based on safety:  (1) The age limit must be reasonably necessary to ensure public safety, and (2) The employer must be able to justify applying an age limit to every employee rather than considering each person on an individual basis. The law permits employers to discriminate on the basis of a protected trait where the trait is a 'bonafide occupational qualification' (BFOQ). It must be reasonably necessary for the normal operation of the business. To prove this, the employer or company must prove a three-faceted test, including: (1) direct relationship between protected trait and ability to perform the duties of the job, (2) the BFOQ relates to the 'essence' or central mission of the business, and (3) there is no less-restrictive or reasonable alternative.

Since their inception, employment laws have changed and expanded as society and the workplace have transformed and diversified. Thankfully, the development and implementation of the Civil Rights Act of 1964 and Title VII of this law have dramatically altered and, therefore, prohibited unfair practices and discrimination by employers of their current and potential employees. Employment laws continue to expand on both state and national levels. New Jersey employers and employees alike can benefit from a better understanding of their workplace rights and responsibilities. New Jersey employment attorneys establish balance between the employer-employee relationship, providing vital counsel regarding the intricacies of employment laws. The protection of workplace rights is critical for our economy.