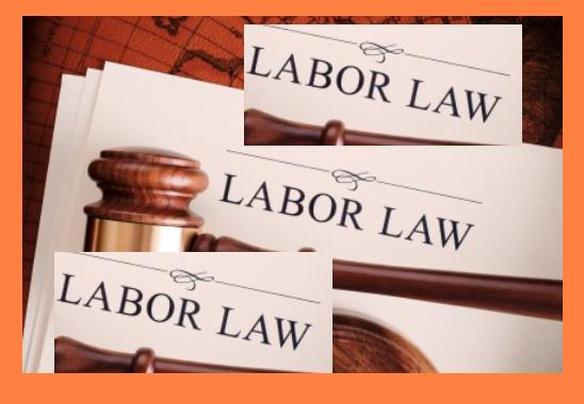 Labor Law
Labor law is the area of law that involves the rights of the employer, employees and labor unions (if applicable).  If you are in business for yourself, with no employees, you needn’t ever concern yourself with the business of labor law.  But should you have just one employee, or several, use independent contractors, or, if a union is involved, then it behooves you to have a good understanding of federal and state labor laws regarding everything from benefits and wages to discrimination and harassment.  You can research this information to gain a basic understanding of labor law concepts and a good place to start is The United States Department of Labor (www.dol.gov).

Another way to gain knowledge about labor law is to audit a class in labor law principles at a local law school.  But, if you discover, in your day-to-day business, that you need hands-on assistance or ongoing guidance for contract-related issues or labor-related disputes, your best bet is to retain the services of a management labor attorney.  If your company is a union shop, a reputable management labor attorney will help smooth out the wrinkles in the relationship between you, as the owner of the company, and the employees, or the union which represents your workers.

The average layperson probably uses the terms “labor lawyer” and “employment lawyer” interchangeably.  It is possible for one firm or one person to be involved in both labor law and employment law, but they are actually two different factions.

Most people think of traditional labor lawyers as grizzled veterans, sitting across from one another at long tables, trying to hammer out a collective bargaining agreement or “CBA”.  Those same labor lawyers, with their spectacles sliding down their respective noses and shirtsleeves already rolled to the elbows, begin negotiations by greeting one another and shaking hands and then they are off and runnin’.  Before commencing negotiations, both sides exchange pleasantries and their respective proposals, a/k/a their client’s “take” on the status of the contract going in, plus their ideas re: economics and no-economics going forward.  In a flurry of activity, paperwork is quickly passed across the table, documented and noted.  The mood is sometimes contentious, sometimes not.  The large UAW contract talks, same which will occur this Summer, are characteristic of a collective bargaining session.  Today’s labor lawyer need not flip through endless notes recorded from each separate bargaining session (and often there are many), but he or she might have it all on a computer where it is a breeze to see who said what, many weeks after the comment was spoken or document was tendered.

However, the employment law attorney in NJ more often than not, can be found in the courtroom, attending depositions or drafting and filing pleadings or legal documents which state their client’s case, whereas the traditional management labor lawyer is often out of the office more than he is in, as he or she scurries on-site to the area of contention, seeking to thwart the heartburn his client is sure to have if the workers take a stand against their employer.

A good labor lawyer is indeed an asset to Management

A labor lawyer may be found at his client’s side assuaging his fears, counseling on a workplace eruption. or at the bargaining table.  Often the traditional labor lawyer must rush to his client’s workplace because some disgruntled workers have decided to air their grievances by picketing, handbilling, or, in the case of construction work, erecting a large rat in front of the workplace or construction job site.  The large inflatable rat is used to signify the workers’ dissatisfaction with the boss, and is considered attention getting, rather than people having to stop and read the picketers’ placards or being fearful of crossing a picket line.

Seemingly, the traditional labor lawyer’s work is never done.  He must attend long bargaining sessions to reach a new contract into the wee hours of the morn.  There are drafts and more drafts to get the final CBA in place and ratified by the members of the union in a timely fashion.  This is especially so if the contract is on the brink of expiration.

While it may seem that there is a barrage of dissatisfaction and uprisings in the workplace, that is not always so – it goes in waves.  But, occasionally, the workers get stirred up and will seek out their union steward or representative and file grievances outlining their beef with the boss.  So, off the traditional labor lawyer goes once again to a conciliatory meeting to nip the problem in the bud.

Sometimes the company is non-union, but then the union will try to infiltrate the company and lure the workers to join a union.  Often the management labor lawyer will get an emergency phone call from his client advising that there are rumors of a union drive… the employer must then spring into action to demonstrate to his workers that the company is better off staying non-union.  He and his faithful sidekick, his labor attorney, will seek to counter the effects of the impending union drive by suggesting the company should remain non-union.  It is a management labor lawyer’s job to counsel his client on exactly what the employer can and cannot say or do with his employees.  A management labor attorney will ghost-write information to be placed on company letterhead which is disseminated to the workforce, and, which, in effect, shows that the union is not always behind every worker, “contrary to what the union tells you”.  The Employer may use a series of letters or memos drafted by the attorney, or even just distribute copies of newspaper articles which tells the employees, very simply, that they should vote “no” a union.  Sometimes the Employer will hire what is called a “labor persuader”, an individual who will come into the workplace and “tell it like it is” to the workers who are so eager to join the union.

These days we find the traditional labor lawyer busy rewriting amendments to contracts about dress codes and social media, both topics that never existed years ago.  Today, a standard set of work rules which no doubt sufficed for decades, suddenly is not current and items need to be amended.

In the workplace where a uniform is not worn, and there is no set dress code, it seems these days that anything goes.  It was not always like this – if employees were given suggested dress codes, they generally abided by them.  Today’s employees often “push the envelope” with their bosses by wearing items of clothing of footwear that formerly were not permitted, but they do it to create a situation and spark indifference between the boss and the employees.

Social media has become a hot topic in the workplace as well.  For years and years employees came to work strictly to work.  Perhaps they went out on their lunch hour to a pay phone to make a private phone call, but now everyone has a cell phone and is either talking on it while “on the clock” or using it to text message or retrieve and send e-mails.  Perhaps these employees are even taking and sharing pictures or are active on Facebook during the workday.  In this respect, employees really are abiding by the employer’s mandate that they not use company equipment on work time.  More and more work rules or company handbooks must now be updated to reflect the do’s and don’ts of using social media in the workplace.

Every new contract, or sometimes between contracts, depending on the action, there are amendments or new items necessary to modify the existing contract.  Any changes to the former contract language must be signed off by the union’s counsel or business representative as well as the employer and its counsel.

The workplace as we know it today has evolved since the workplace where your father worked – this is true for both blue collar and white collar jobs.  Today, there are more and more women performing jobs that were traditionally held by men.

A company’s labor lawyer can be its greatest ally as management or human resources personnel try to traverse the every-changing labor issues.  Sometimes an “all-purpose” attorney just won’t do, and it is better to utilize an attorney who specializes in labor law.  There are several top employment lawyers in the New Jersey.  Why not consult with one to ensure you have your ducks in a row with all labor-related matters in the workplace?